Do you aspire to live in a sophisticated and tranquil place that enjoys beautiful landscapes, best services and is located close to the New Administrative Capital compounds, new cities and important areas in the capital? Here is Sarai Compound, which is located in New Cairo and is developed by Madinet Nasr for Housing & Development (MNHD). The Compound is characterized by a large area, which provides privacy for residents. It is also characterized by a vital location that provides its residents easy access to the surrounding areas and the heart of Cairo.

Background Information about the Real Estate Developer of Sarai Compound

All projects of Madinet Nasr for Housing & Development (MNHD) are distinguished by luxurious and upscale design. The most prominent works are:

The Planning of Sarai Compound in New Cairo

Sarai Compound is characterized by a distinctive architectural design. Its buildings are built on only 18% of the total area of the compound and the rest of the area is allocated to green spaces and landscapes. The total area of the compound is 1000 acres, equivalent to 5,000,000 square meters. The project is established in two phases, as follows:

It was fully sold and is built on an area of 50 acres. It is divided into apartments for sale in sarai Compound, villas, and duplexes. Areas of units range from 126 to 300 square meters and villas have different areas.

It was launched in 2016 and the Sarai compound still has properties for sale. It is divided into 620 apartments and 167 “S Villa” villas.

Advantages of Residing in Sarai Compound

Types of Units (Apartments and Villas) in the Compound

There are 4 types of the housing units in the Sarai Compound project, which are:

Areas of units range from 122 to 300 square meters in apartments and duplexes, but the areas of villas in Sarai Compound, however, vary.

This project is distinguished by a unique design, which combines the western and eastern character with the ancient Egyptian heritage and modern designs.

The Most Important Services in Sarai Complex

New Cairo is located near Nasr City, Heliopolis, the New Capital and other new cities. It also includes the main roads that lead to many other districts and governorates, such as the Ring Road, Suez Road, and Ain Sokhna Road and many others.

New Cairo contains a wide range of services, utilities and basic facilities, including educational facilities from universities, private and international schools, languages, hospitals to commercial malls in New Cairo. The most prominent of these facilities are as follows:

New Cairo has a group of distinctive vital areas and districts, such as the Fifth Settlement, the North and South 90th Street properties and many important establishments. For example, there are banks, major government institutions, high-quality restaurants, cafes and famous malls.

The Most Prominent Universities in New Cairo

New Cairo includes a group of the most important Egyptian private universities, such as:

The Best Schools in New Cairo

New Cairo includes a group of the best private schools, such as The Modern English School, Modern Egypt 2000 Schools, The German Private School in Cairo, and the European School in Cairo.

New Cairo is characterized by a very high level of health care, as it has private and government hospitals, specialized health centers, medical clinics in New Cairo, radiology and analysis centers, and other various medical services. 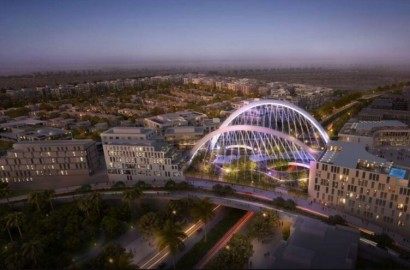